How did we get here?

Have you ever sat back and thought about the life you are living? Ever wondered, “how in the heck did I get here?” Maybe you’ve thought, “I never imagined my life would be like this.” (Everyone nods their head and says Amen). I’ve never met a person who is living the exact life they thought they would be 20 years ago. We definitely NEVER imagined the lifestyle we have now and yet it all feels so right (most of the time).

Five years ago we were a typical family doing all the things that everyone else does. We were married with three kids. We owned a house in a neighborhood. All our children were in public school. We spent nights and weekends running said children to different clubs and sports. I graduated from stay at home mom to part time preschool teacher. The hubs worked full time running his business. Actually, the most out of the ordinary thing we had going on was owning a business and I’m so excited to see that owning a business is becoming more common every year. I guess there’s lots of people out there that don’t like being told what to do!

I was so grateful for our typical life, but I started to get the itch to change it up a little bit. There was a desire to have something more. I never felt that our life wasn’t enough, just that we had a greater purpose that wasn’t being satisfied.

The first major change we made was choosing to pull our children from public school and start homeschooling them. I played school all the time when I was a child, but I had never once thought that I would teach my own children. Homeschool people are weird right?? As our children were finishing up kindergarten, third, and sixth grades we were at conventions “learning” how to educate our children. It took MANY discussions for our family to get on the same page but in the fall of 2014, we sent in our letter to the superintendent and education was officially in our own job description. (We’ll go more in depth on our reasons for homeschooling in a different post). 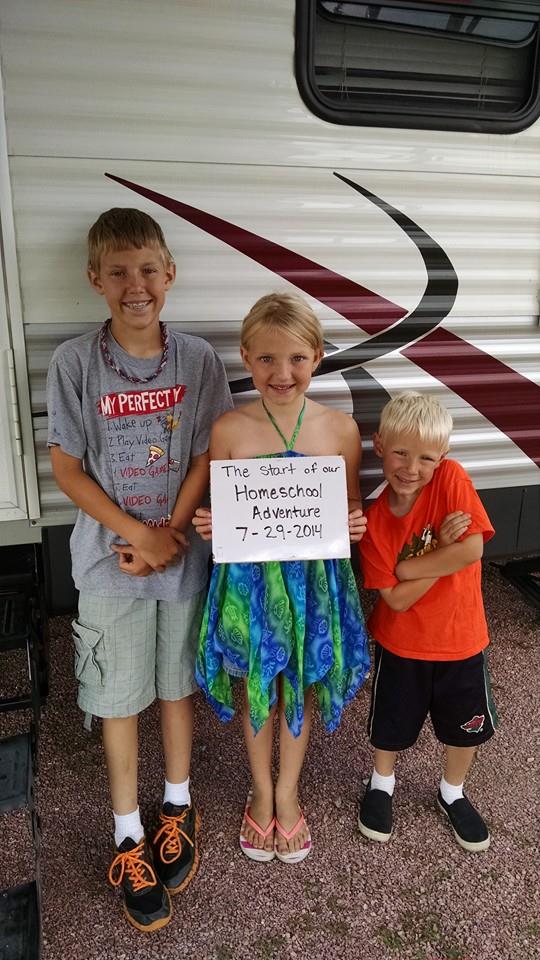 The next big decision we made was to sell our house. I had a grand idea that we should move into a different city that was closer to where all our nights and weekends were taking place. It took a long while to get the hubs to agree to put the house on the market, but he reluctantly did. When we first put our house on the market back in 2015 we never had a plan for what we would do if it actually sold. Our friends and family seemed more stressed about our lack of plans than we ever were. I was determined to trust God in His plan for our family. Our house never did sell that year and we were at peace with that. We continued to declutter the house and release our material things. That phase was extremely instrumental for the path we were headed on.

Looking back, I am so grateful that our house didn’t sell in 2015. That fall we returned to our typical activities and joined a new homeschool co-op that ended up bringing so much light into our lives. Some of our best friends were met that year and we are so thankful that we trusted in God’s timing for our move. We needed that extra time to grow in our faith and catch a glimpse of the new life that was being designed for us.

The beginning of 2017 is when our wheels really started turning. (See what I did there!) We had a road trip planned to the East Coast in April and decided to list our house while we were gone. We had tossed around the idea of moving into our travel trailer and touring the US for a year. Our family did love traveling and we did have flexibility with homeschooling, so we had a couple things working in our favor, but the vision wasn’t quite there yet. We had also talked about moving to our very favorite state of Tennessee and buying a house there. Both of these options seemed like just a pipe dream at that point because we also had 5 brick and mortar stores that we were running in MN.

Our very first night on the road during our East Coast trip I saw a Facebook ad for House Hunters Family Edition. I clicked because, hello, being on a television show sounded like a clever way to step out of our still mostly typical life for a minute. Filming was to take place in three different cities and guess what one of the cities was….Nashville!!! We are basically obsessed with Nashville so we decided to get some more information. Before we knew it, we were fielding casting calls and submitting application videos to producers. It was a crazy fun week of anticipation. Our house actually sold this same week, so emotions were running high. You can read all about that story here. We sent countless prayers up to follow God’s will and take the right next step. 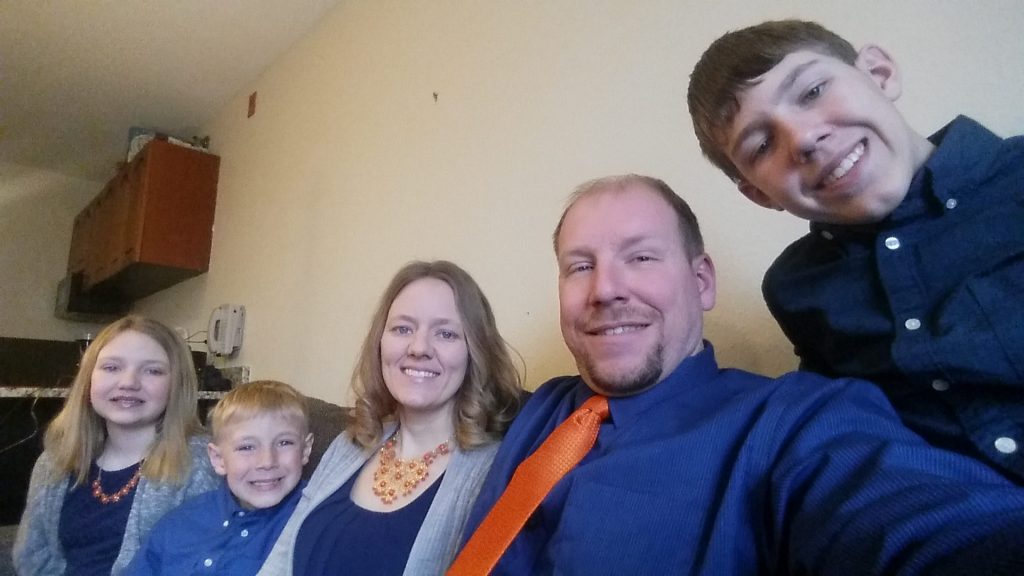 Filming ended up not happening in Nashville. After being slightly disappointed we realized that God was telling us He had something better. He started showing us that this pipe dream that we had to travel the country in a travel trailer really wasn’t a dream at all. What we had been envisioning was about to become a reality.

When we broke the news that our house sold, everyone wanted to know where we were moving to. Judging by the look on everyone’s faces, “in our travel trailer” was not what they expected. Most of our friends and family were excited to follow our journey which was extremely encouraging to us. I cannot count the number times that someone said, “I would love to be able to do that!” It became very surreal that we were about to embark on a journey that most people only dream of. We give all glory to God for putting these stepping stones in place (starting 11 years ago by becoming business owners) and for giving us the courage to do something that isn’t considered “normal.”

On closing day we moved into our travel trailer. We spent the weekend camping with friends and then moved to my Dad’s property for the summer. It took us the entire summer to give away more stuff, organize the camper, and become location independent. We said yes to friends and family as often as we could and enjoyed every moment possible. 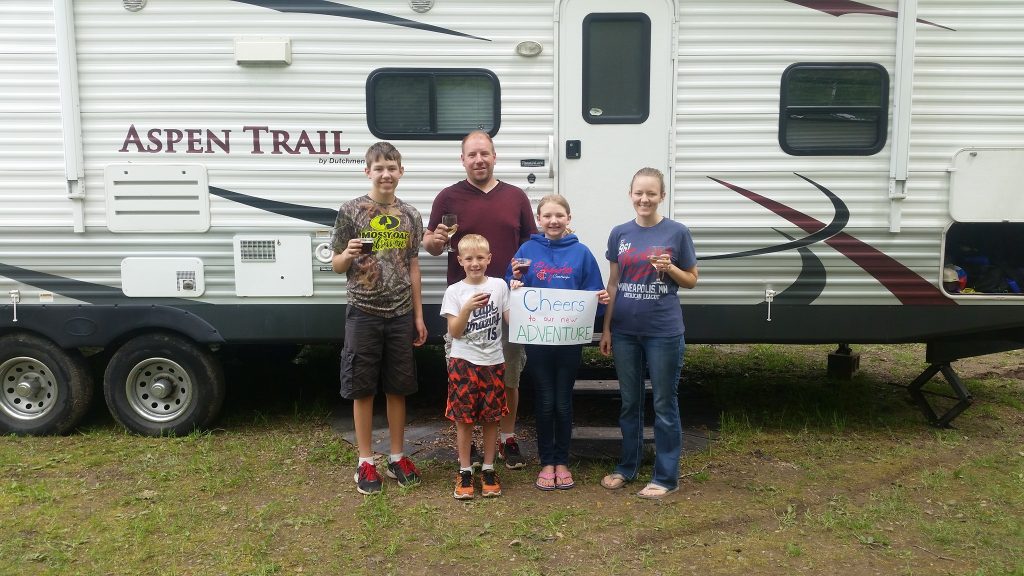 When I look back at our path thus far I can see each stone being placed. I can see how owning a business, homeschooling our children, purging all our unnecessary stuff, and selling our house have lead us to this journey that we are on.

I sometimes struggle with how different our life is. I look at everyone’s highlight reel through social media and I want to live life the way people are supposed to live. Working while my kids are in school, rushed dinners before hockey practice, drinks with friends on occasion, holidays with family. When I feel like this I think of something I heard at a homeschool meeting right before we left MN. When you’re thinking about something that is supposed to be done, think about who defined that. Just because it’s what most people are doing doesn’t mean it’s what you are supposed to be doing. Make sure God’s purpose is defining your “supposed to be” thinking! Following this principle lets me know that we are just where we are supposed to be even though I never saw it coming.